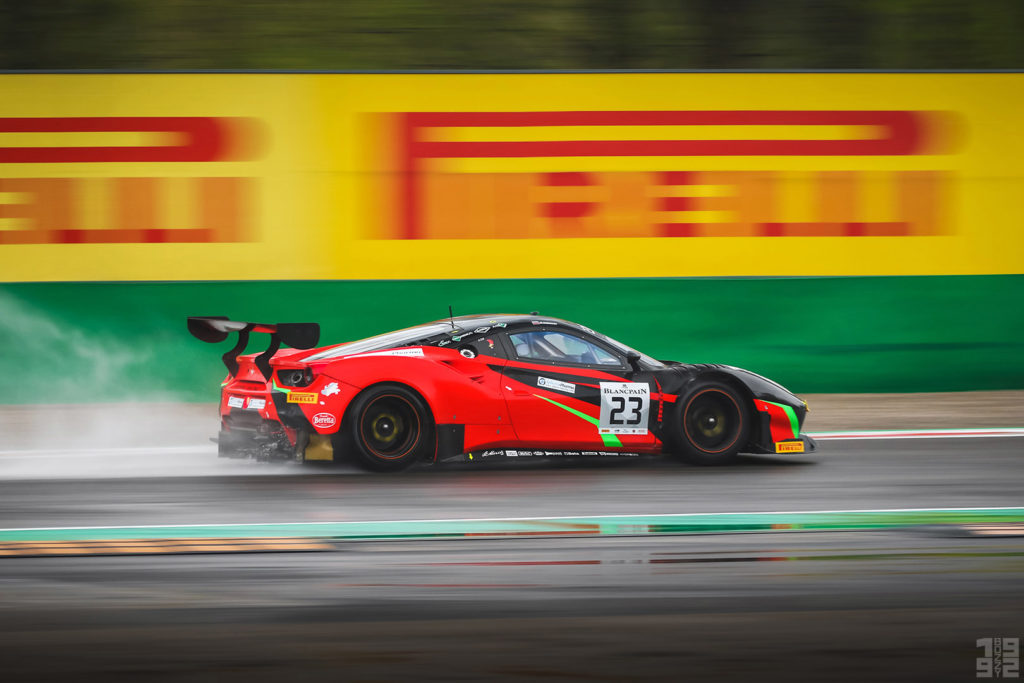 Since I often hear or read questions like ‘Was that a 488 GTE? Or a GT3?’ or ‘How can you distinguish the Evo kit on a 488?’ I decided to write this article in order to give you a sort of visual guide with some tips and hints in order to easily distinguish the various Ferrari 488 race cars the next time you’ll see them in person or in a video and pictures.

Through the years, I can’t deny I’ve asked myself the same things too until I decided to get some answers by both looking at my pictures/videos and searching for some information on the Internet. Let’s get straight: excluding the 488 Challenge, any other 488 race car you saw in 2019 had the Evo kit for sure. But yes, how can you understand which was one or the other? You have to know that Ferrari have three racers based on the road-legal 488 GTB: the 488 Challenge, the 488 GT3 and the 488 GTE.

Well for obvious reasons it’s a effortless thing to identify them based on the race you’re going to attend, for example Challenge cars are Ferrari’s one-make series so they generally race all together in the various Challenge Championships. GTE cars are fielded mainly in WEC and ELMS championship while GT3s are mainly findable in domestic/national GT championships, GT Europe and World Challenge (former Blancpain Series), GT Open, 24h Series and more.

The problems could start when it comes to collective test days for GT cars or series like the IMSA WeatherTech SportsCar Championship in which both GT3 and GTE cars could took part (in IMSA, GTE class is called GTLM while GT3 is the GTD class). Also in hillclimb racing or minor national championships you can see some Challenge and GT3 cars racing together but the differences between these two are obvious at first sight.

I’m not an engineer or an expert on the subject but first of all I think I have to step back and tell you a few main technical dissimilarities between the two classes. Badly said, GTE cars are more race cars built on purpose than GT3s. Even if GTE’s rules book is very strict, in order to keep the cars as similar as possible to the road car from which they derive and avoiding the creation of a silhouette cars class, it still allows manufacturers to design their GTE-class cars with much freedom compared to GT3-class where many parts and placement of components must remain ‘stock’. This leads to less heavy GTE cars than GT3s, they can count on more adjustments on aero, gearbox, suspensions and ECU. Both GTEs and GT3s have traction control but only in GT3-class ABS (anti-lock braking system) is allowed.

I’m sure there’s something more to add but I’d say this is a good starting point to get a general idea on the two classes and understand the ‘hidden’ tech inside them. But since we’re mainly track-side or on the grandstands as spectators, we should focus on the exterior aspect to identify them. The good fact is that most of the GT3 cars doesn’t have their GTE counterpart and vice-versa, or as it happens with Porsche, the RSR and the GT3 R are very different among them. But unfortunately that’s not the case of Ferrari and Aston Martin, which have very similar cars in both categories.

Ferrari unveiled the 488 GT3 and 488 GTE race cars during the Finali Mondiali Ferrari at Mugello Circuit in late 2015, ahead of the 2016 season. Since their first public outing, I was struck by their extreme similarity, yet I understood they should feature some differences, having in mind that the lap times clocked by a GTE-spec car were faster (by a couple of seconds) than the GT3 ones in 2015. In addition to this, Ferrari also specified that 488 GT3’s customers could convert their cars to GTE-specs just with a separate, yet expensive kit.

The most visible difference between the two cars is noticeable on the front wheel arches: on the 488 GT3 you can see many openings both on their upper and rear parts, the GTE is devoid of such aerodynamic elements by regulation.

The GTE instead has two little dive planes on each side of the front bumper and smaller vertical fins (splitter side end plates) on the front splitter compared to the GT3.

The last two differences can be found on the rear wing, in particular the two lateral end plates are smaller on the GTE cars than on the GT3s, and the first ones feature slightly bigger rear mirrors (with an additional aero element in the bottom) than the second ones.

Ahead of the 2018 season, Ferrari announced a Evo kit for both the 488 GT3 and 488 GTE. This kit introduced important aero updates which are evident on the front bumper and rear diffuser. The kit looks identical on both cars if not for the usual minor details, that we will see at the end of this article. But let’s start by analyzing how the design changed, remaining in the same class. Here’s and overall look at the front and rear of a 2016 and 2018 488 GT3.

As you can see, the Evo 2018 kit is characterized on the front by a new splitter with a wider central portion compared to the 2016-spec and with a less steep transition between high and low sections of the splitter.

Remaining on the front bumper, its side area has been remodelled to get a better air flow, increasing drag. A carbon fibre vertical element has also been added just ahead of the front wheels.

On the rear the differences can be found on the exhaust, now with a more oval shape than the perfectly circular of the 2016 GT3 and you can see how the new big rear diffuser has been modelled.

It’s very easy to distinguish the Evo kit in particular by looking at the rear thanks to those yellow, carbon/Kevlar winglets.

Now considering a 2016 and a 2018 488 GTE, well, the main changes are almost the same ones you saw up here on the GT3s, with the little difference that the GTE Evo 2018 has lost the two typical dive planes of the 2016 GTE but gained bigger splitter end plates.

And finally the last but most important comparison. If you have a good eye, you should have already noticed something from the previous pictures. Of course the GTE Evo 2018 has kept some of the differences the 2016 GTE had if compared to the 2016 GT3, so bigger rear mirrors, no openings on the front wheel arches and smaller rear wing end plates. These are basically the most noticeable aspects and details that can be easily seen from a spectator point of view during races or test days.

In addition, even the bigger splitter end plates can be spot from the grandstands.

What is quite difficult to notice is that vertical carbon fibre element which only the GT3 Evo has just in front of the wheels. Or better: it can be spot if it’s not wrapped or coloured similar to the rest of the car.

On the rear the major difference resides in the large central part of the diffuser: the GTE Evo has these little horizontal elements that are missing on the GT3 Evo.

In 2018 I thought there was another detail of the GTE that is not findable on the GT3, that is the vertical element that divides each exhaust pipe, like some sort of flame cutter/breaker (I have in mind the typical grille many motorcycle mufflers have) but in 2019 I noticed the GT3 Evos had that little particular too.

It took me a while to see all these differences and believe me, I still find it difficult to immediately say which of the two is on track during a collective test at Monza Circuit. But in these years I noticed a very special characteristic of the GTEs that can works as an almost infallible method. It’s not visible but it’s audible: in fact the 488 GTEs (both Evo and 2016 versions) are often producing very loud and sharp bangs while upshifting, instead I’ve never heard a 488 GT3 producing them if not the always similar deep ones. You can hear those loud bangs watching the video below.

If this wasn’t enough to confuse our ideas, in late 2019 Ferrari announced a further Evo kit, called Evo 2020, but that should be only adopted by the GT3 spec cars since one of the biggest updates reside in the rear area of the front wheel arches, with an increased number of air openings and holes, which only the GT3 car can mount. I’ll probably update this article as soon as I’ll be able to make some pictures of these new 488s.